As the tourist season approaches, I get many emails asking for dining recommendations in Tallinn specifically and in Estonia more generally, some asking about special diets. I asked my friend and colleague Kadri and her partner Luke, both vegans, to share their favourite recommendations.

Kadri is the host of veganmaailm.com, the oldest Estonian vegan food blog and her partner Luke is an Australian coffee snob. 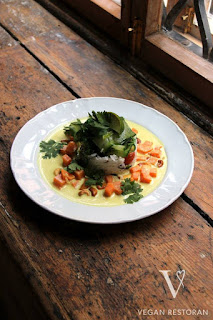 V is just awesome: food and atmosphere are second to none… We thinks. Nestled in Old Town, it’s just a three-minute walk from the central square. Its medieval digs create a wondrous ambience that is relaxed and cosy. Far from ostentatious. Great al fresco deck for the warmer months too. Trip Advisor rates V as second best in all of Tallinn. Popular with all and sundry, we suggest booking a table in advance. If you can’t get a table, you can get something to take away and enjoy as you meander through the cobblestones of Old Town. Prices are very reasonable – especially for Old Town: with mains between €7-10.

The place is run by Mikk, the first professional vegan chef in Estonia and Loore, a vegan foodie and activist. The talented pair started out as a catering business – the first in Estonia to be 100% vegan. Due to popular demand, Restoran V was born. Two fantabulous cook books have since been published by the duo.
While beautifully presented, it is the delicious food that keeps us making up excuses to come back, week in, week out. Everything is good, but our favourite is the spicy tofu with quinoa and vegetables in tomato-coconut sauce. Yum! Daily specials are always worth checking out. Portions are good, but you must make room for cake! … At least a cupcake! Keep an eye for new cakes that come in. V’s snack platter works well for larger groups. Kadri is particularly fond of the beetroot ravioli with cashew cream, although it rather small as an entrée. Good selection of vegan wines. They do serve coffee, but it is perhaps not their forte.

The largest organic store in Tallinn, recently relocated to the port-area close to the city centre. A great all vegan and organic buffet! We have had some of the best meals there. However, we have yet to visit the new joint. We loved being able to sample so many scrumptious salads and hot foods. Potato salad usually takes up half of our plates, though! It is hard for Luke to resist piling his plate high. As it’s priced according to weight, it can quickly add up! 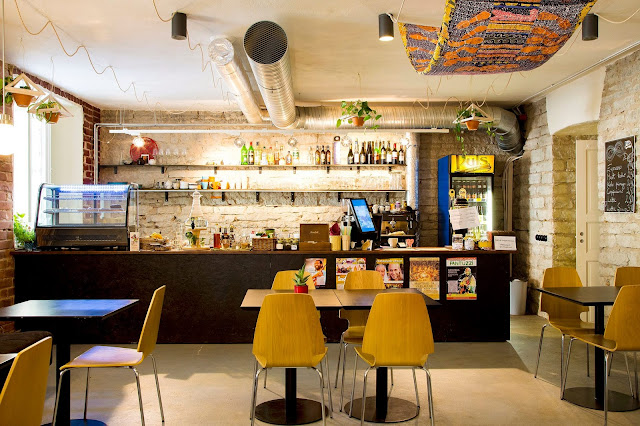 A vegan café located in the Old Town of Tallinn. A good selection of dishes with reasonable prices. Gluten-free folk are particularly well served. Menu has improved considerably of late. With a lovely outdoor seating in the summer, it’s great for breakfast and lunch. In fact, it’s the only place for a vegan breakfast, opening at 8 am. Kadri is keen to try their new coffee smoothie and chickpea omelet with vegan cheese. Luke really enjoys their falafels and veggie wraps. Not the best place for coffee and cake, although Kadri has had the odd good latte there. Luke’s attempts at ordering a ristretto have not gone well… Cakes have not been on the same level as V: they tend to be be smallish and overpriced. Quality of food and speed of service however varies, as the place is often understaffed or has inexperienced staff. We haven’t ever needed to book a table, but take-away is also an option. This may change with the refurbished menu. Watch this space! 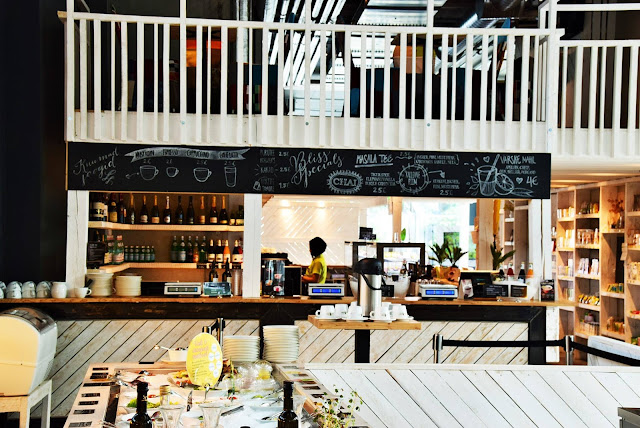 As the largest veggie buffet in Tallinn, it has plenty of vegan options. Kadri is particularly enthusiastic. Luke, more lukewarm. The varied menus includes salads, hot foods and desserts that Kadri can’t get enough of. She also appreciates their range of Indian and Chinese dishes. There is a small organic store above. For a somewhat austere cafeteria setting, prices are what you might pay at a restaurant. Located outside the centre, at the beginning of the Mustamäe suburb.

A tiny bakery/veggie café tucked away on a small street in the new centre of Tallinn. Good vegan options. It’s an interesting little bakery that Luke thinks is well worth a visit. It’s growing selection of cakes makes them another place to keep an eye on.

A tiny hole in the wall place in the Kalamaja hipster neighbourhood, right next to Balti Jaam, the main train station of Tallinn. Not entirely vegan, but with vegan-friendly options. Limited selection and cash only. Their falafel burger & fries are among the best in town. The vegan laksa is a must-have! (probably the only place that serves laksa in Tallinn). 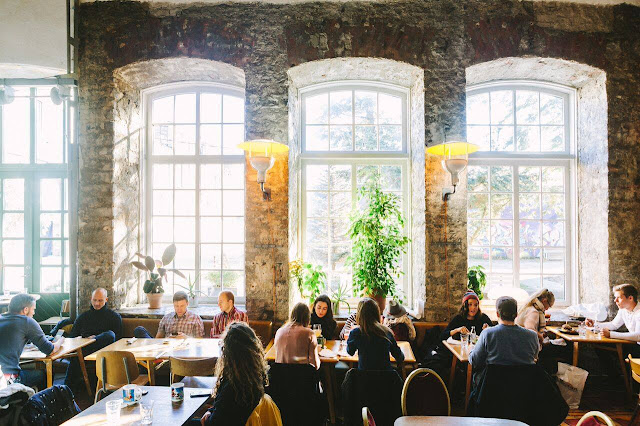 An old warehouse tastefully converted into a cosy café/restaurant, retro style. This place is very popular among Tallinners and gets very busy at weekends. Menu features some vegan items. Their falafels are great. They make decent soy latte (still not something to be taken for granted in Tallinn). A trip to the hipsterish Kalamaja district is definitely worth making. 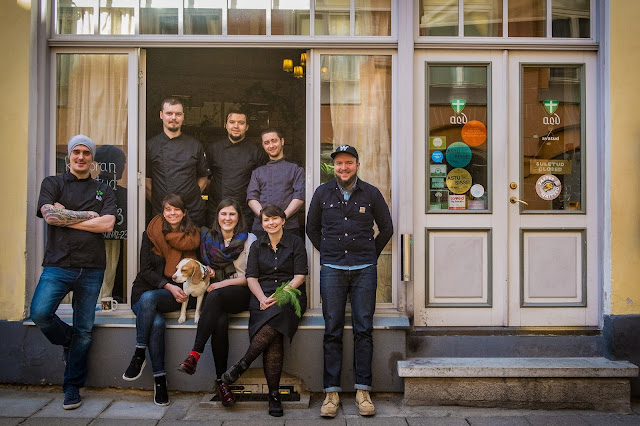 Located right next to V. This restaurant features organic options, with at least a few vegan dishes in the menu, clearly marked, including at least one vegan dessert. The restaurant offers a different vegan lunch dish every day, at a very reasonable price. Kadri has not been there for quite a while and Luke has never set his snobby coffee foot inside 🙂 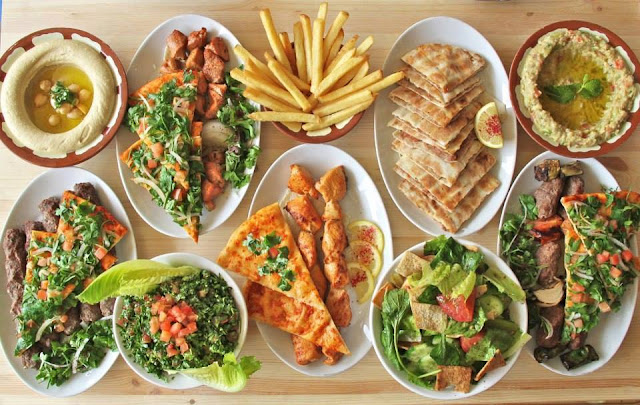 A small Lebanese falafel and kebab place at the Harbour Markets (Sadamaturg). The best falafel in town, reasonably priced. The dream of a vegan fast foodie! Mostly good for take-away, has only 1-2 tables to sit at.

A cosy and stylish Indian restaurant located right in the Old Town. Most vegetarian dishes include dairy, with a few vegan options and the option to veganise some vegetarian dishes. Kadri’s favourites: Channa masala and Vegetable curry.

(soy milk available in all those places)

This became Luke’s second home whilst in Tallinn. Their Monkey Blend ristretto is sublime! If you drink ristrettos, don’t leave Tallinn without a visit to this joint. With good wifi, it’s a great place to work or hold meetings. It really is a lounge room: complete with couches, chilled music and friendly folk – none as delightful as Triin herself. Triin made most of my ristrettos, but thought other baristas were great too. Kadri often goes to the Living Room to enjoy her afternoon latte over her laptop. 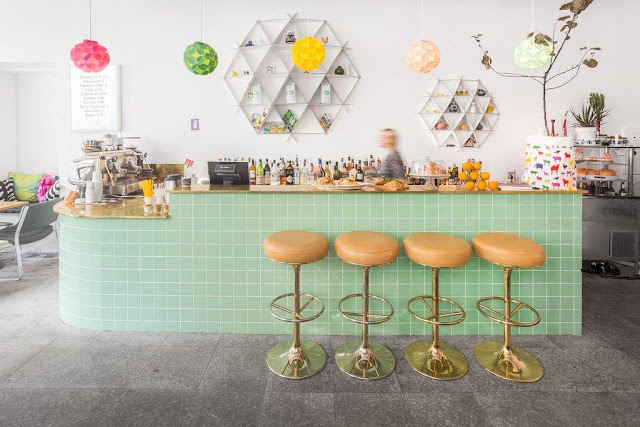 Tucked amongst the cobbled streets of Old Town, August is treat for coffee lovers. I had a few great ristrettos in this chic cafe. However, the quality did depend on who was making it. We loved sitting by the window to watch people going by. Highly recommended.

Down in the trendy Telliskivi district, the Angel Café was a great find. I enjoyed a very tasty organic ristretto. The barista graciously pulled another once when I was served a double espresso. Kadri cringes every time I do this. While not often, I do politely check with the barista when served an espresso. I appreciate there is little demand for ristrettos.

Epic (Vabaduse väljak 9, in the tunnel)

Peeter co-runs a little coffee shop in the tunnel to Vabaduse Väljak (Freedom Square). It’s all about the coffee here at Epic. He has this fabulous wall which showcases how coffees are made – like ristretto shots being between 15-20 mLs! Peeter uses Italian beans with 20% robusta. It’s not bad, but it’s no Monkey Blend. After making coffee for the snobs in Melbourne, he enjoys the more tolerant clientele of Tallinn.