See how it swirls around, with an eye in the center? 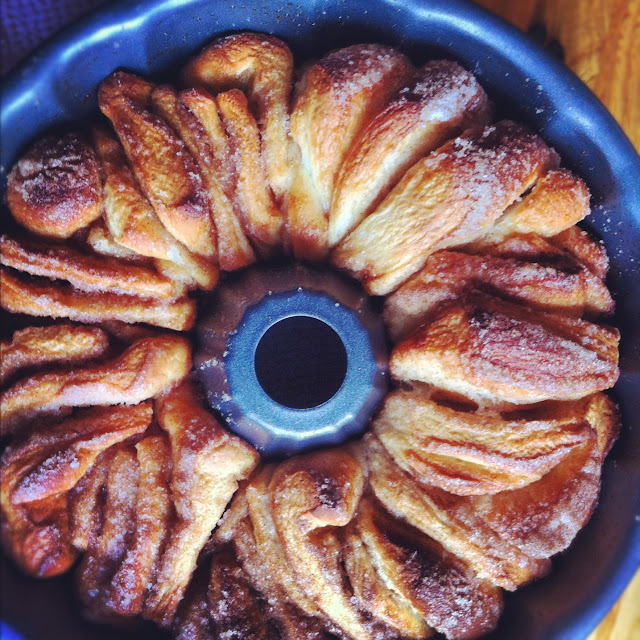 Resembles a certain storm that came my way this week.
Hurricanes are scary!
Making hurricane bread – not so scary.
Hurricane Cinnamon Pull-Apart Bread
Makes 2 loaves, 1 for you and 1 for your neighbors who don’t have a generator.
Total time from start to finish is about 3 hours.
Dough adapted from Cook’s Illustrated Cinnamon Swirl Bread
Dough
8 tablespoons cold butter
3 3/4 cups (20 2/3 ounces) bread flour, plus more for rolling out
3/4 cup (2 3/4 ounces) nonfat dry milk powder
1/3 cup (2 1/3 ounces) granulated sugar
1 tablespoon instant yeast
1 1/2 cups warm water (110 degrees)
1 large egg, lightly beaten
1 1/2 teaspoons salt
Filling
2 cups granulated sugar, divided
4 teaspoons cinnamon, divided
1/2 cup melted butter, divided
Dough:
Cut the butter into 32 pieces and toss with 1 tablespoon of the measured bread flour; set aside. Whisk the rest of the flour, dry milk powder and sugar together in the bowl of a stand mixer fitted with a dough hook; set aside. Whisk together warm water and yeast and add to flour mixture along with lightly beaten egg. Mix together on medium-low speed until a cohesive ball of dough forms, about two minutes, scraping the bowl as needed (it will still be a bit shaggy at this point).  Cover the mixing bowl with plastic wrap and let dough rest for 20 minutes.
Add salt to dough and mix again on medium-low speed until the dough becomes very smooth and elastic and clears the sides of the mixing bowl, about 7-10 minutes.  The dough will look sticky; resist the temptation to add more flour. With the mixer running, add the butter a few squares at a time and continue to knead until all of the butter is fully incorporated and the dough clears the sides of the mixer bowl, about 3 to 5 minutes.
Transfer the dough to a greased mixing bowl, cover with plastic wrap and set aside in a warm place to rise for about 1 hour or until the dough is nearly doubled in size. Punch dough down and divide evenly into two balls. 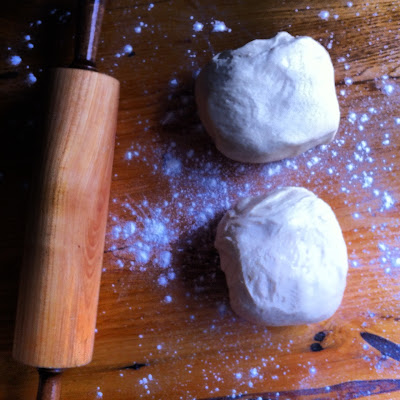 .
In a small bowl mix together the cinnamon and sugar; divide in half and set aside.  Spray 2 Bundt pans with nonstick cooking spray.
Lightly sprinkle counter top and rolling pin with a bit of flour.  Roll one ball of dough into a 12 x 20 inch rectangle. Slather half of the melted butter on the top of the rectangle.  Sprinkle half of cinnamon and sugar mixture over the butter.  It might seem like too much sugar but it’s not. 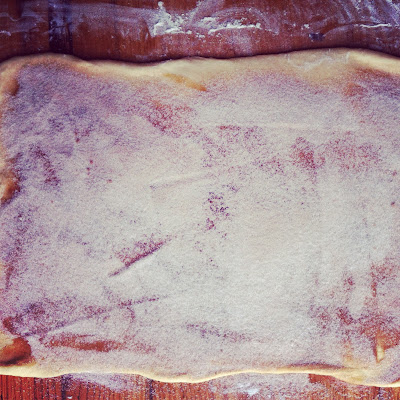 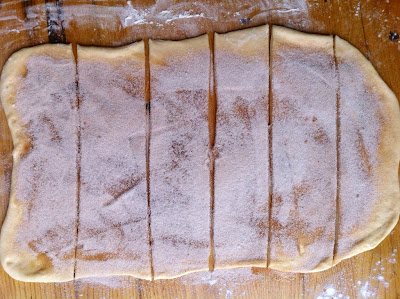 Stack the strips on top of each other.  Don’t worry if the strips are not identical in size and the sugar mixture spills out. 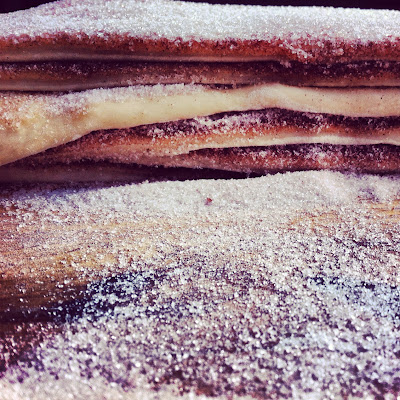 Cut this stack of strips into six portions again.  You should now have six piles of dough that contain six squares each for a total of 36 squares. 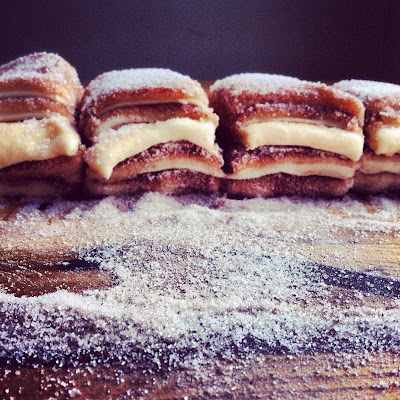 Working with one stack at a time, place squares in bundt pan so the  sugar and butter sides are touching each other. Scoop up the spilled sugar and sprinkle it over the top of the dough. 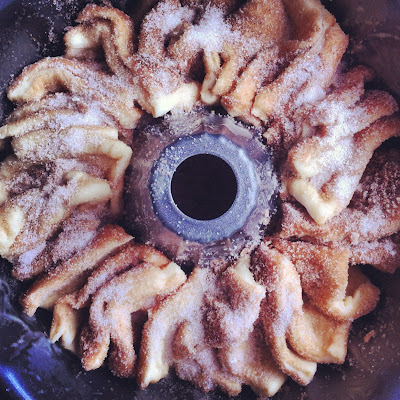 Repeat with second ball of dough.
Cover the bundt pans with plastic wrap and let rise for about 30 to 40 minutes until dough is nice and puffy.  While dough is rising preheat oven to 350 degrees.  Remove plastic wrap, place pans in oven and bake for about 30 minutes. Remove from oven and let rest for 5 minutes before unmolding loaf onto serving plate.  Dig in.
Notes on the recipe:
The dough can be made the night before and refrigerated.  Bring to room temperature and proceed with recipe.
I assume you can cut it in half and make one loaf; I’ve just never tried it.
Share