I love oysters.  Growing up in Florida I’ve had my fill of raw, steamed and grilled oysters.  I’ve only had them at oyster bars and restaurants, that is, until today.  I picked up fresh oysters at Whole Foods.  The guy at the seafood counter checked each oyster to make sure  they were fresh.  If they’re open and won’t close they are no good.  A bad oyster can make you very sick.  Just make sure you get them from a reliable vendor because they aren’t cheap and you don’t want to get home and have to throw some away if they’re dead.
No shucking needed, oysters can be cooked in their shells on your grill. The heat from the grill steams the oysters and pops the shells open.  I could of just eaten them steamed but topped with this green butter and parmesan took them over the top. These oysters were a delicious appetizer.  Now that it’s finally grilling season I can’t wait to make these again! 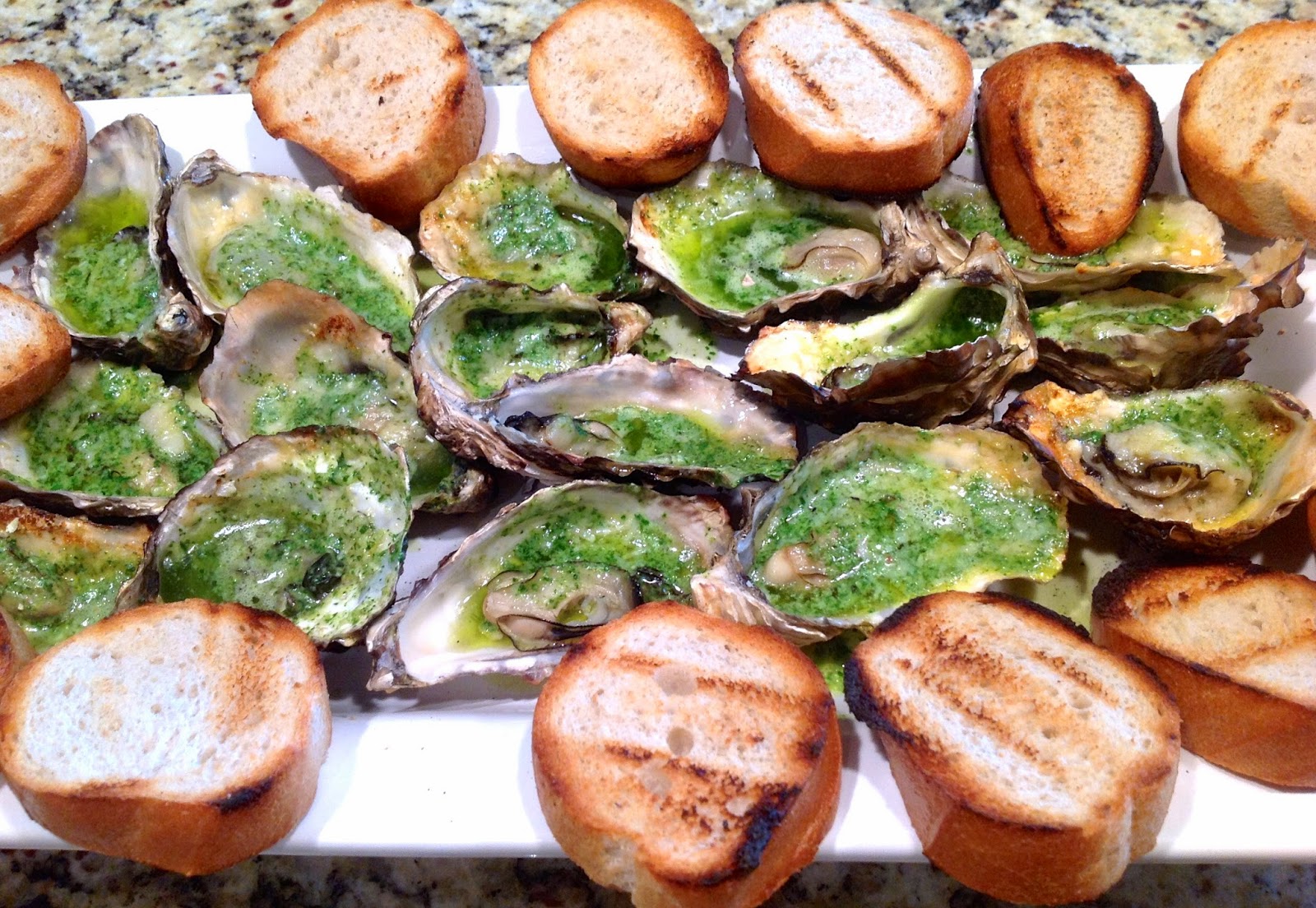 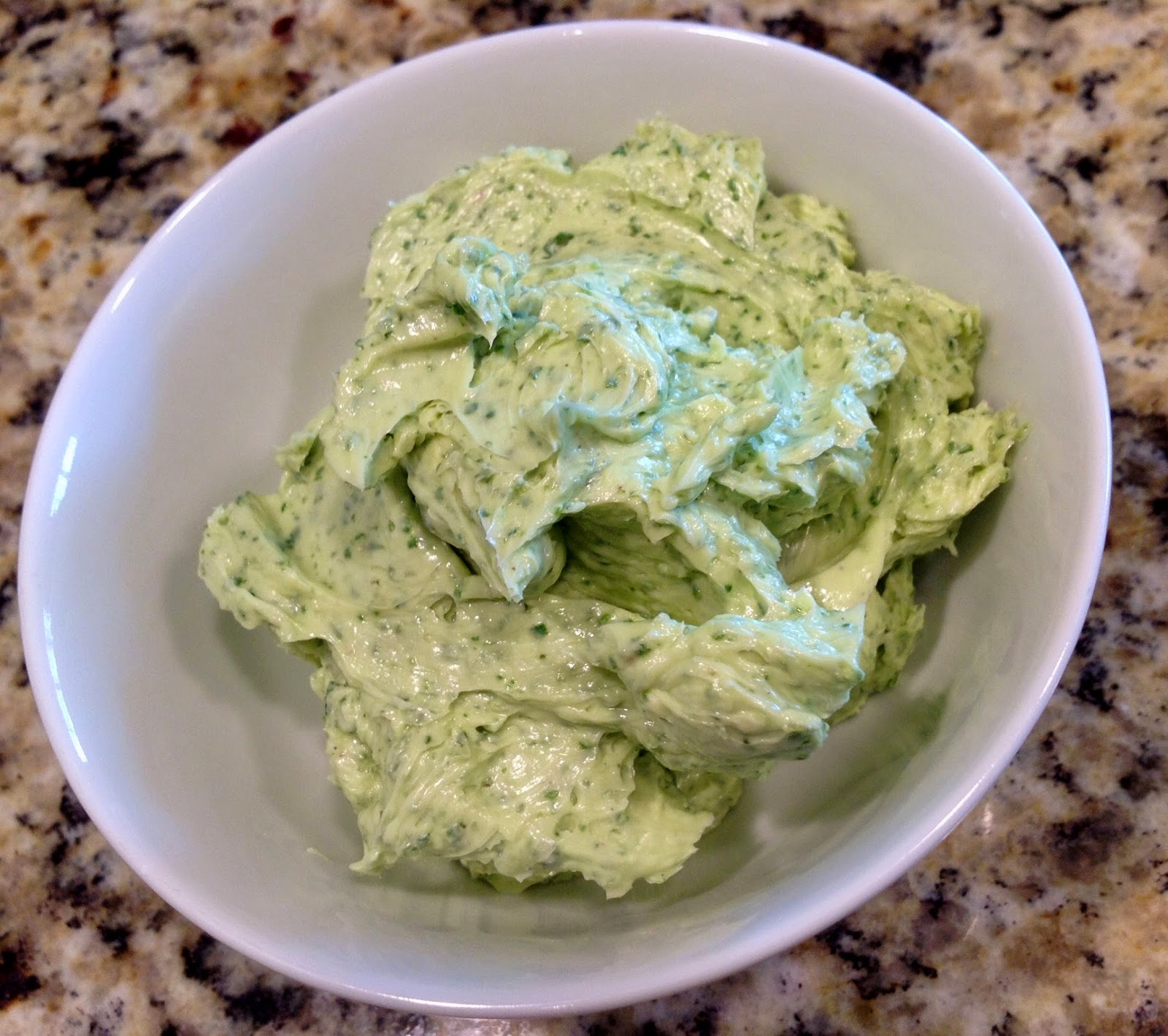 Scrub the oysters with a brush or pad under running water.  If any are opened, discard them, they are dead.

Prepare the grill to high heat.

Carefully arrange the oysters on the grill and cook for about 5 minutes or until they begin to open.

Remove the oysters and place them on a baking sheet.

Using an oven mitt to hold the oysters, pry each open with an oyster knife or butter knife.  Be carefully of the hot liquid inside the oyster. Drain most of the oyster liquid out of the shells and make sure the interior is free from broken shells.  Throw away the top shell.

Fill each shell with a dollop of green butter and a sprinkle of parmesan.  Carefully put the oysters back on the grill in a way that the oysters are not slanting too much that the butter can escape.  Grill for another one to two minutes.

Place the oysters on a platter and serve while hot with the grilled baguette.  It’s all about dipping the bread inside the green liquid gold.